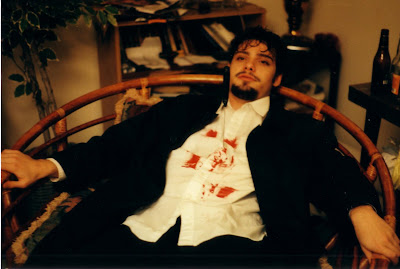 I haven't had much time to post lately, so here's a quick noise "single" to get me back into the groove.

Both these tracks were used for student films.
About the songs:
01. Me & You - I met Stephen Franklin at John's house (where The Gardeners started). He showed us his latest film project, Me & You, where somebody eats a Madagascar cockroach. I was particularly interested because he used Throbbing Gristle as the sound track. At that time, I was looking to expand MPAE, so I approached him about releasing it on video through MPAE. The only thing was, he needed to change the soundtrack because I didn't want to bother getting performance rights for TG. One night he came over to my house, and we recorded this soundtrack on my four-track. Stephen did an excellent job of directing the audio to fit the visuals. The video never happened, of course. This was burned directly from my VHS copy, one of maybe three in existance.

02. Credit Sounds - Ack needed some sound for the credits to one of his student film projects, so he asked me to do some noise. New Room was kind of a music video with a plot. From what I remember, a girl arrives at a house full of dead bodies and the killer (played by me) is running rampant through the house. All this was set to a song by Chavez (I think). That's me in the picture above, covered in blood at the end of the film. 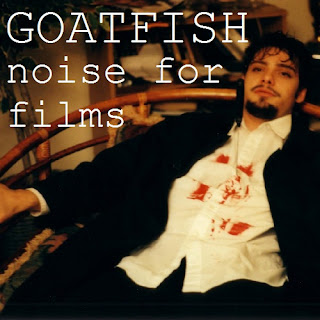