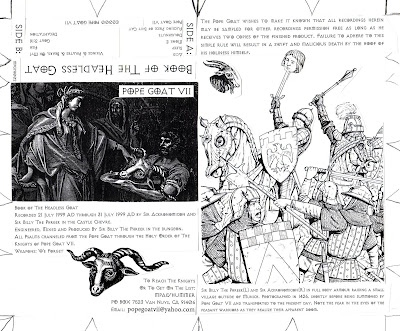 It's the first post of the month, which means it's time for another Book from His Holiness Pope Goat VII.

Book of the Headless Goat followed right on the heals of The First Book. It was recorded with the same setup we had in my mom's living room while she was away in NY.

As a joke, we submitted to a local LA film festival in the hopes that we'd get to play live in front of a bunch of industry fuckheads. The best part was going to some office on Hollywood Blvd. to meet the music coordinator of the festival. I made him listen to all of "Acid" and a little bit of "Sleep" while he tried to stifle his laughter. I kept a straight face and acted like we were the best band on the planet. Some lady in an adjacent cubicle complained. Needless to say, we didn't get the gig.

Headless Goat picks up where The First Book left off and bridges well with the unforgiving power-violence of Book of Extreme Measures (which will be posted next month). Again, the music was improvised first and the vocals were improvised later. 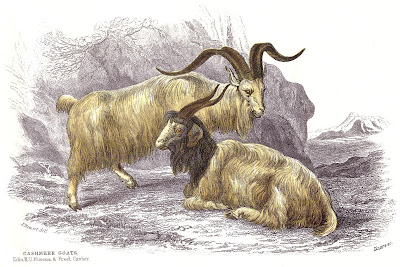 Sir Ackronomicon talks about the psalms (with comments by Sir Billy the Phreek):