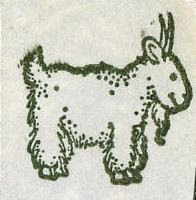 My first attempt at noise.

When I was a young teenager, my dad would bring me into Aron's Records in Hollywood and I'd be free to wander around the store while he spent hours (literally) flipping through the used vinyl. I always found myself returning to the Noise/Experimental section and its mysterious releases. I'd wonder about Merzbow, who had a ridiculous amount of CDs in the bin, and The Haters, who not only had lots of CDs, but also novelty items, like Wind Licked Dirt, a blank CD that was played by rubbing dirt on it, and The Haters Coloring Book, black construction paper with a black crayon. Finally, I broke down and got a Merbow CD, the three-inch disc Artificial Invagination, which, sadly, I don't have anymore. I listened to it and, lo and behold, it was noise. I filed the CD away, slightly confused, and continued my fascination with punk and indie noise rock. (I managed to find a Haters CD used, too, which furthur perplexed my teenage mind.)

It wasn't until after high school that I started hanging out in a store on Ventura Blvd in the San Fernando Valley called Green Hell, that I finally caught the noise bug. I became friends with this guy, Mike Thrashead, who worked in the store and he was into all kinds of different stuff. His main thing was European thrashcore, but he also turned me on to stuff like Rupture and Fang. I was also a fan of his band, Bad Acid Trip. Finally, I decided to buy another Merzbow CD from the noise case. He asked which one. I asked which did he recommend. He shrugged and said any of them. I went with Electric Salad because I liked the title and the cover. That night, I understood noise and became obsessed.

Aidan, the guitarist of Twitch Party, was one of my best friends at this time and we'd constantly share music. I lent him Electric Salad and he caught the noise bug, too. This was the tail end of the noise tape era, and we decided to do our own noise tape. We got a few pointers from Thrashead on where to buy bulk tapes and how to dub them, and I transformed MPAE into a cassette-only noise label, with deng's Spasmodic Goat being the first release. In keeping with the noise tape tradition, all MPAE releases were limited to 50 copies. We actually got some good press in Flipside Magazine, too, believe it or not.

This tape holds up a lot better than I thought it would. I still thought of noise as an overkill of sound, but these tracks are a lot more controlled, surprisingly.

We played one live show, that I may post here in the future. deng ended when Twitch Party ended. Another chapter closed. 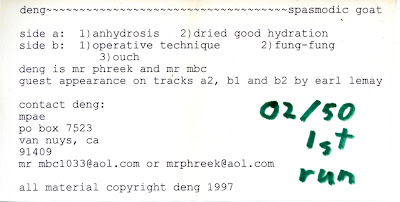 01. Anhydrosis - A surprisingly controlled opening track. Probably the best track on the tape.

02. Dried Good Hydration - More chaotic, but we still managed to hold it together. Earl LeMay, who wrote the lyrics to "Let's Get Optimistic" on Anokist Antiquity, appears here.

03. Operative Technique - A total free-for-all that comes across a lot more focused than we were when we recorded it. Earl LeMay is also on this track.

04. Fung-Fung - We beat on stuff around my dining room and kitchen for this track. Another one with Earl LeMay.

05. Ouch - A tongue-in-cheek attempt at doing Masonna-style noise. The idea was that it was the sounds of somebody getting their tooth drilled. We thought it was funny. 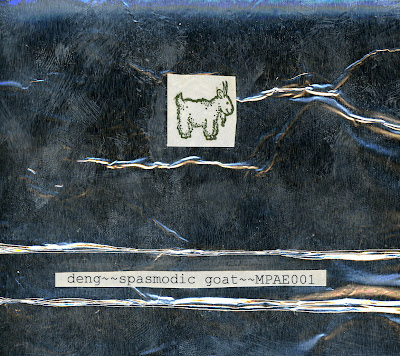