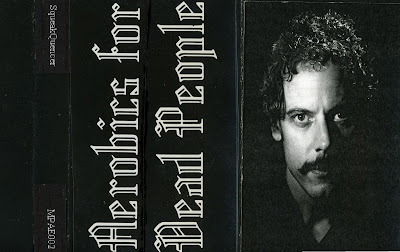 The second release on MPAE, my cassette-only noise/experimental label, was this, my dad's first album. Yes, this is my dad's music. If I seem a little strange, now you know why.

While I was weened on The Beatles and Led Zeppelin, my dad also played a lot of '70s German electronic records, like early Tangerine Dream, Klaus Schulze and Kraftwerk. We were also big fans of John Carpenter's early soundtracks. Later, the Heldon albums got reissued and we blasted those along with the stuff I was listening to at the time, like The Jesus Lizard, Unsane and Neurosis, all of which my dad also liked. 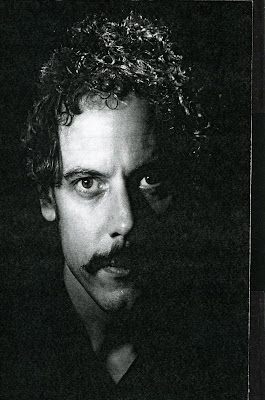 I always remember my dad fiddling around with synthesizers, so when I started a noise/experimental label, it was logical that I ask him to do an album. This one got rave reviews in Flipside from Belalugo Z and even made her Top 10 list of the year! Just about everybody who heard this tape loved it and it's almost a shame that it had to come out on my piddly tape label with only 50 copies made. But it remains one of my proudest moments with MPAE and it means a lot to me.

Eventually, my dad went on to record several CDs, all of which he pressed himself. I plan to upload some of those in the future.

The images and music were uploaded with Robert Foster's full consent. Thank you, Dad! 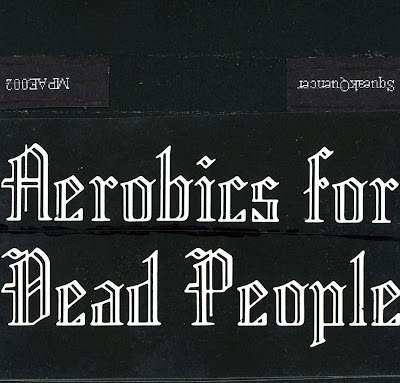 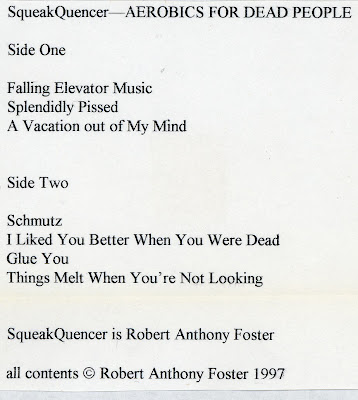 Download Aerobics for Dead People as a .zip file!
Or try some sample tracks first:

Things Melt When You're Not Looking